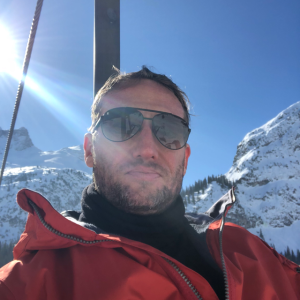 Is The UAE The Right Jurisdiction For Your Wealth Structure in 2020?

If you are in the market for a Wealth Structure (or, are in need of restructuring an existing one), then careful consideration must be given to selecting the right jurisdiction.

With global wealth on the rise, governments around the world have sought yet more control over private fortunes. In recent years, the OECD, EU, and other authorities have passed a host of international initiatives, laws, and information sharing programs to combat aggressive tax planning, money laundering, and tax evasion.

These measures have made it more difficult for High Net Worth Individuals (HNWIs) to protect and control their wealth. At the same time, they’ve made it easier for HNWIs to end up with a compromised Wealth Structure or even one that is detrimental.

Below is a summary of the new legal framework that must be navigated by HNWIs, what features a jurisdiction should offer, and what qualities your advisor should possess.

Nearly 100 countries have signed on to the OECD’s Common Reporting Standards (CRS) – an information sharing agreement through which signatories automatically exchange financial information (such as account holders and balances) for both individuals and companies.

Many jurisdictions have drastically eroded privacy by implementing public beneficial owner registries which list the owners of private companies and other entities.

The EU has launched its DAC 6 initiative requiring all EU advisors to automatically report clients engaged in certain tax-planning strategies – even if their motivations are legitimate.

Signatories to the OECD’s Multilateral Convention to Implement Tax Treaty-Related Measures to Prevent Base Erosion and Profit Shifting use a “Principle Purpose Test” to block business from reaping treaty benefits where the one of the principal purposes of the transaction was tax-motivated. Only people that somehow wander into the tax-advantaged transactions may reduce their taxes – not those who sought out such transactions because of their preferential treatment.

Many jurisdictions have now implemented Economic Substance Rules (ESR). Essentially, if your core income generating activities are not taking place in a jurisdiction, you’re prohibited from booking your profits there. ESR was created to target large multinational companies that would book billions in profits to a subsidiary domiciled in a “tax haven” despite having little to no connection there.

Impact On You & Your Wealth

These initiatives have massively impacted HNWIs, including their Family Offices, foundations, trusts, and private trust companies.

Protecting and managing wealth in today’s climate of transparency and enhanced scrutiny has become increasingly difficult – especially for international families. Suppose, for example, that a HNWI has a main residence in the UK, his Family Office is domiciled in the Cayman Islands, and professional service providers located in Germany with signatory authority over its bank accounts to handle its day-to-day operations.

Years ago, it was unlikely that Germany would be aware that service providers within its borders were managing a Family Office in the Cayman Islands for a client in the UK. Today, the entire structure is transparent to the German government.

German tax authorities know that German residents are signing on the Family Office’s bank accounts through CRS. They know on whose behalf the Family Office is organized through the beneficial owner register. If it’s determined that the core economic activities are not taking place in the Cayman Islands, Germany could claim the right to tax the Family Office because of the service providers’ location.

In order to protect his Family Office from other countries claiming taxing jurisdiction, the HNWI should have it managed from the Cayman Islands. However, this could prove challenging because of the Cayman Islands’ limited office space and small professional network. Moreover, it’s inconvenient for him to fly there to meet with his team due to its geographic location.

Why The UAE Is Emerging

Entities formed in these free zones offer zero income tax and privacy because other than ADGM there are no public beneficial owner registries. These zones also make it easy to re-domicile an existing structure from another jurisdiction into the UAE to reap its benefits without triggering adverse consequences.

Given the current legal and regulatory systems, the UAE has critical advantages over other jurisdictions that cannot be bested – it has the infrastructure to meet the needs of HNWIs and their Family Offices.

The UAE has a stable economy, currency, and government. Its banking system is world-class. Premium airlines fly there several times a day from all over the world. The UAE has modern infrastructure and is technologically advanced. It’s home to a wealth of top-flight professionals and has an ample qualified workforce. Moreover, the UAE’s zero income tax rate on personal income and robust expat community makes it an attractive destination for talent that might need to be relocated, which can be easily achieved through its residency visa program.

Unlike many popular “tax haven” jurisdictions, the UAE has tax treaties with many major countries around the world. It’s an important international business and financial hub on par with London, New York, Zurich, and Hong Kong – it’s not a sleepy island primarily for beach-bums.

These factors alone make the UAE an attractive estate planning jurisdiction. But the UAE’s sterling reputation within the international business community makes it the leading candidate globally – not just as a component of an estate plan or Wealth Structure but as its backbone.

The Old & The New

The government crackdown has made it extremely difficult to truly benefit from the islands and infamous “tax haven” jurisdictions.

But the wealth targeted by governments hasn’t disappeared – it will find a new home elsewhere. Regulators and bureaucrats have inadvertently handed the UAE a golden opportunity to not only catch but surpass the jurisdictions that have dominated the Wealth Structuring market for decades.

If you’d like to speak with someone with a global perspective about setting up a new Wealth Structure or restructuring an existing one, please contact JS Private Advisory here.